The Compact Muon Solenoid (CMS) is a general-purpose detector at the  CERN Large Hadron Collider (LHC). It has a broad physics programme ranging from studying the Standard Model (including the Higgs boson) to searching for extra dimensions and particles that could make up dark matter. The CMS detector is built around a huge solenoid magnet. This takes the form of a cylindrical coil of superconducting cable that generates a field of 4 tesla, about 100,000 times the magnetic field of the Earth. A steel “yoke” that forms the bulk of the detector’s 14,000-tonne weight confines the field. The CMS experiment is one of the largest international scientific collaborations in history, involving 4300 particle physicists, engineers, technicians, students and support staff from 182 institutes in 42 countries (February 2014). 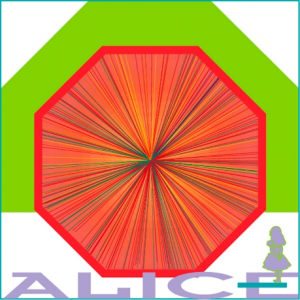 ALICE is optimized to study heavy-ion (Pb-Pb nuclei) collisions at the CERN (LHC). The resulting temperature and energy density are expected to be high enough to produce quark–gluon plasma, a state of matter wherein quarks and gluons are freed. Similar conditions are believed to have existed a fraction of the second after the Big Bang before quarks and gluons bound together to form hadrons and heavier particles.[1]
ALICE is focusing on the physics of strongly interacting matter at extreme energy densities. The existence of the quark–gluon plasma and its properties are key issues in Quantum Chromodynamics for understanding Color confinement and Chiral symmetry restoration. Recreating this primordial form of matter and understanding how it evolves is expected to shed light on questions about how matter is organized, the mechanism that confines quarks and gluons and the nature of strong interactions and how they result in generating the bulk of the mass of ordinary matter.

The LHCb (standing for “Large Hadron Collider beauty”) experiment collecting data at the Large Hadron Collider accelerator at CERN, is a specialized b-physics measurements , that is measuring the parameters of CP violation in the interactions of b-hadrons (heavy particles containing a bottom quark). Such studies can help to explain the Matter-Antimatter asymmetry of the Universe. The detector is also able to perform measurements of production cross sections and electroweak physics in the forward region. Approximately 840 people from 60 scientific institutes, representing 16 countries, form the collaboration who built and operate the detector.

TOTEM experiment is designed to take precise measurements of protons as they emerge from LHC collisions at small angles. This region is known as the ‘forward’ direction and is inaccessible by other LHC experiments.
TOTEM detectors are spread across almost half a kilometre around the CMS interaction point. Cathode-strip chambers and Gas Electron Multipliers (GEM) are used to track the particles emerging from collisions at the CMS interaction point. Meanwhile, ‘Roman Pots’ with silicon sensors perform measurements of scattered protons.

n-TOF is a neutron time-of-flight facility, operative at CERN, with the aim of measuring neutron cross-sections. The n_TOF facility is a spallation neutron source based on 20 GeV/c protons of the Proton Syncrotron accelerator, impinging on a large Pb block. The main scientific objective of the experiment is to collect high accuracy data on neutron-induced reaction of interest for Nuclear Astrophysics and for Nuclear Technology. In Nuclear Astrophysics, the n-TOF experimental program is focused on the measurements of capture cross-sections necessary for improving the comprehension of Stellar Nucleosynthesis of heavy elements. In addition, measurements performed at n-TOF, will provide data needed for the design of future generation reactors for nuclear energy production.

The SHiP Experiment is a new general-purpose fixed target facility at the SPS to search for hidden particles as predicted by a very large number of recently elaborated models of Hidden Sectors, which are capable of accommodating dark matter, neutrino oscillations, and the origin of the full baryon asymmetry in the Universe. Specifically, the experiment is aimed at searching for very weakly interacting long lived particles including Heavy Neutral Leptons – right-handed partners of the active neutrinos; light supersymmetric particles – sgoldstinos, etc; scalar, axion and vector portals to the hidden sector. The high intensity of the SPS and in particular the large production of charm mesons with the 400 GeV beam allow accessing a wide variety of light long-lived exotic particles of such models and of SUSY. Moreover, the facility is ideally suited to study the interactions of tau neutrinos. 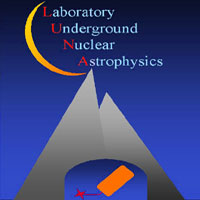 The Laboratory for Underground Nuclear Astrophysics (LUNA) is a nuclear astrophysics experiment running at the INFN (Istituto Nazionale di Fisica Nucleare) Gran Sasso National Laboratories. The aim of the experiment is to measure directly the cross sections of the most important fusion reactions for stellar hydrogen burning and nucleosynthesis as well as Big Bang nucleoynthesis at astrophysical temperatures (below or near the Gamow peak, at a few tens of keV). To achieve this goal, two high current accelerators have been installed in the undergound Gran Sasso laboratory: a 50 kV accelerator equipped with a windowless gas target and a 400 kV machine equipped with a solid target beam line and a windowless gas target. 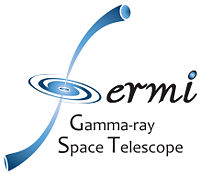 The Fermi Gamma-ray Space Telescope is a space observatory for photons  in the energy range from 8 keV to greater than 300 GeV. Fermi carries  two instruments: the Large Area Telescope (LAT), which is the main  instrument and is sensitive to the energy range above 20 MeV, and the GLAST Burst Monitor (GBM), which is sensitive at lower energies. Fermi is aimed to study the mechanisms of particle acceleration and emission of electromagnetic radiation in local (Sun and celestial bodies), galactic (pulsars, supernova remnants) and extra-galactic sources (Active Galactic Nuclei, galaxies, galaxy clusters, gamma-ray bursts). It is also devoted to the study of unidentified gamma-ray sources and  the diffuse galactic and extra-galactic gamma radiation. Moreover, it  aims to indirectly detect dark matter particles, when they decay or annihilate into photons or electrons and positron pairs. Finally, Fermi allows to measure the fluxes of cosmic-ray electrons and positrons in the Solar System.

The DArk Matter Particle Explorer (DAMPE) is a scientific satellite mission funded by the Chinese Academy of Science. It aims to measure electrons and photons in the range of 5 GeV-10 TeV, with unprecedented energy resolution (1.5% at 100 GeV), in order to detect DM annihilation in these channels. It will also measure the flux of nuclei up to above 100 TeV with excellent energy resolution (40% at 800 GeV), which will bring new insights to the origin and propagation of high-energy cosmic rays. With its excellent photon detection capability, the DAMPE mission is well placed for new discoveries in high-energy gamma ray astronomy as well. 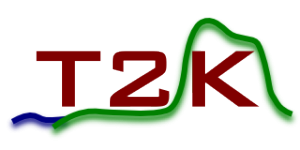 T2K is a neutrino experiment designed to investigate how neutrinos change from one flavor to another as they travel (neutrino oscillations). An intense beam of muon neutrinos is generated at the J-PARC nuclear physics site on the East coast of Japan and directed across the country to the Super-Kamiokande neutrino detector in the mountains of western Japan. The beam is monitored before it leaves the J-PARC site, using the near detector ND280, and again at Super-K. The change in the intensity and composition of the beam is used to provide information on the properties of neutrinos.

KM3NeT is a future European deep-sea research infrastructure hosting a new generation neutrino telescope with a volume of several cubic kilometres that – located at the bottom of the Mediterranean Sea – will open a new window on the Universe. With the telescope scientists of KM3NeT will search for neutrinos from distant astrophysical sources such as supernovae, gamma ray bursters or colliding stars. An array of thousands of optical sensors will detect the faint light in the deep sea from charged particles originating from collisions of the neutrinos and the Earth. The facility will also house instrumentation for Earth and Sea sciences for long term and on-line monitoring of the deep sea environment and the sea bottom at depth of several kilometers.

The CTA project is an initiative to build the next generation ground-based very high energy gamma-ray instrument. It will serve as an open observatory to a wide astrophysics community and will provide a deep insight into the non-thermal high-energy universe. The aims of the CTA can be roughly grouped into three main themes, serving as key science drivers: understanding the origin of cosmic rays and their role in the universe, understanding the nature and variety of particle acceleration around black holes, searching for the ultimate nature of matter and physics beyond the Standard Model. The present generation of imaging atmospheric Cherenkov telescopes (H.E.S.S., MAGIC and VERITAS) has in recent years opened the realm of  ground-based gamma ray astronomy in the energy range above a few tens of GeV. The Cherenkov Telescope Array (CTA) will explore our Universe in depth in Very High Energy (VHE,  E > 10 GeV) gamma-rays and investigate  cosmic non-thermal processes, in close cooperation with observatories  operating at other wavelength ranges of the electromagnetic spectrum, and those using other messengers such as cosmic rays and neutrinos.