The theoretical group in Bari gathers about 30 people (including staff researchers and PhD/postdoc fellows), and carries out a vibrant research program in diverse disciplines, ranging from the study of fundamental interactions (electroweak, strong, gravitational) to the evolution of quantum systems and to the statistical mechanics of complex systems, with some spin-offs in applied research. The quality of all the research lines is testified by a number of publications in international journals and by the organization of biannual workshops in the main fields of activity, as well as by the participation and contributions to major conferences worldwide. The research is carried out and financed in the framework of two strictly connected institutions, the University and the Istituto Nazionale di Fisica Nucleare (INFN).  Each of the six main INFN local activities (called NPQCD, QFT-HEP, QUANTUM, TAsP, FieldTurb, BioPhys) is actually a node of a larger international network.

Quantum ChromoDynamics (QCD) is widely accepted as the theory of strong interactions. Lattice QCD is the most reliable first-principle tool to address QCD in its non-perturbative regime and allows in many cases a quantitative comparison to experimental observables. We study QCD at high temperature and density which is relevant both for the physics of relativistic heavy-ion collisions and for the physics of the early universe. To this purpose we also investigate the dynamics of color confinement-deconfinement in QCD. Our investigations are performed using state-of-the-art supercomputing resources and computational techniques. 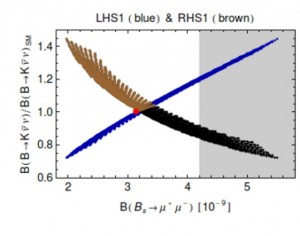 QFT-HEP – Phenomenology of the Standard Model and Beyond

Physics beyond the Standard Model, consequences in the flavor sector

There are fundamental questions  that the Standard Model (SM) of fundamental interactions leaves unanswered, namely, the number of generations of elementary fermions, the matter-antimatter asymmetry in the Universe, the nature of the dark matter, the hierarchy among the fermion masses,  the vast difference between the electroweak and the Planck scale. A possible answer is that the SM is an effective field theory needing to be extended at high energies. Physics beyond the Standard Model affects rare phenomena in kaon, charm and beauty hadron physics. The group is working on the impact on flavor observables of theories with extra-dimensions and extended gauge groups. The experimental counterparts are the collaborations at LHC and at the flavor factories (BES-Beijing and Belle-Tsukuba). The phenomenology of rare Higgs decays is also currently investigated.

Bound states of quarks and gluons are the prime effect of strong interactions. The experimental observations of resonances with unexpected properties, made recently at various colliders, challenge the present theoretical description, and require detailed analyses of the mass spectra and decay features.  The group is providing classification schemes for the observed hadrons, as well as predictions for new states.

Gauge/gravity duality and applications to the strong interactions

A breakthrough in the theory of fundamental interaction is the discovery of the so-called gauge/gravity duality, which allows us to establish a correspondence between certain 4D gauge theories and higher dimensional gravity theories.The group is studying the possible application of the correspondence to strong interactions. The aim is to access hadronic quantities like masses and strong couplings, the QCD phase diagram,  the temperature and baryon density dependence of the hadron properties, the evolution from far-from-equilibrium conditions of strongly interacting systems. 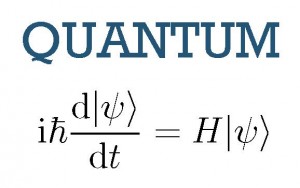 The advent of quantum information and the developments that ensued have changed the status of quantum mechanics. Its most puzzling aspects have been brought to the forefront of theoretical investigation, for instance in the emerging field of quantum technologies and applications. At the same time, the astounding experimental success in controlling single atoms, or in freezing  and manipulating atom arrays, have made concrete the possibility of quantum based revolutionary technological steps. Furthermore, the increasing accuracy in interferometric techniques has made feasible the investigation of quantum coherence effects in a wide variety of physical systems. The major objective of the QUANTUM group is the investigation of typical quantum effects and phenomena. The research activity pursues the foregoing objective via four major, interrelated avenues: entanglement and other quantum correlations, quantum dissipative systems, quantum control, and quantum gases. The topics investigated have a foundational character, but are of interest also in view of possible applications. We mention the links of entanglement with complexity, its key role in quantum phase transitions, the dissipative dynamics due to quantum fluctuations in many-body systems, the quantum-to-classical transition, the phase-space (Wigner function) formulation, the dynamical evolutions of cold gases and Bose-Einstein condensates, the emerging fields of quantum-state and quantum-process tomography, quantum channels, sub-shot-noise imaging, and quantum metrology. 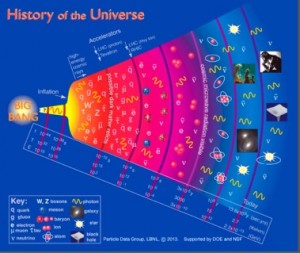 In the last two decades, the discovery of neutrino flavor oscillations (awarded with 2015 Nobel Prize) has provided us with important evidence of new physics beyond the standard electroweak model. Although several features of the neutrino mass-mixing phenomenology can be described in a simple three-generation framework, several unknowns remain to be settled, including the absolute scale and the ordering of neutrino masses, the Dirac or Majorana nature of the neutrino fields, the precise value of the largest mixing angle, the hints of leptonic CP violation, and possible the existence of new (sterile) neutrino states and of new (flavor changing or conserving) neutrino interactions. All these issues have profound implications in particle physics, astrophysics and cosmology. Our group is actively engaged in the theoretical and phenomenological analysis of both oscillatory and non-oscillatory aspects of neutrino physics, including: 1) Investigation of the neutrino CP violating phase from global data analyses of oscillation data; 2) Statistical analysis of current limits and prospective observations of neutrinoless double decay; 3) Study of neutrino mass hierarchy discrimination with atmospheric and reactor neutrinos; 4) Study of Earth models in the context of geoneutrinos; 5) Neutrino self-interaction and turbulence effects in Supernova neutrinos; 6) Neutrinos as candidates for dark matter.

Axions and WISPs in astrophysics and cosmology

The discovery of the Higgs boson proves that fundamental scalar bosons exist in nature, and thus the search for further light scalar or pseudoscalar particles is timely and well-motivated. The prime example of a very light pseudo-Goldstone boson is the axion, introduced to solve the strong CP problem in QCD, through the Peccei-Quinn mechanism. The axion in certain mass range can also provide a viable dark matter candidate. Nevertheless, beside the “QCD axion”, there could be other (pseudo)scalar particles with properties very similar to the axion. These emerge in many theoretically appealing ultraviolet completions of the Standard Model and are generically called axion-like particles or ALPs. In these theoretical frameworks the presence of light hidden sector U(1) gauge bosons, named hidden or dark photons, is also expected. All these weakly-interacting-slim-particles (WISPs) particles offer a convincing physics case in connection to the puzzle of dark matter, and provide a variety of opportunities for experimental and observational searches. In this framework, in our group we carry on a research plan on astrophysical and cosmological signatures and bounds for WISPs. The topics we study include WISP oscillations into photons from cosmic sources, WISP-induced energy loss in stellar systems (ordinary stars, supernovae) and cosmological mass bounds.

The local scientific activity in the field of cosmology is mainly devoted to the analysis of cosmological models beyond the reference one [the so-called Lambda Cold Dark matter (LCDM) model], especially to account for possible large-scale inhomogeneity and anisotropy.  Recent research topics are: 1) Phenomenological discussion and a quantitative estimate of the possible relevance of the cosmological inhomogeneities of primordial origin for the precise determination of the basic parameters of the LCDM concordance model; 2) Exact, non-perturbative calculation of the redshift-luminosity distance relation, obtained in a new gauge introduced on purpose and adapted to the past light-cone of the given observer;  3) Computation (up to the third order) of the gravitational light deflection effect in perturbed cosmological backgrounds; 4) Inhomogeneous models of the Universe: Calculation of the luminosity distance of a source for off-centre observer in the LTB (Lemaitre-Tolman-Bondi) model; exact luminosity distance and apparent magnitude formulas applied to a sample data of Union2 supernovae for different profiles. Studies of electrodynamics in curved space-time, in LTB model. Effects on photon propagation in this model due to inhomogeneities. 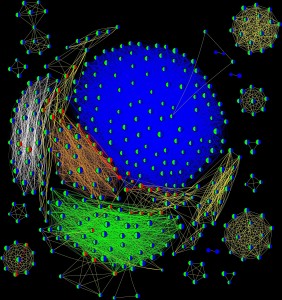 The local research activity is mainly focussed on the applications of  complex networks modelling in neuroscience, on the development on novel  analysis tools for the analysis of complex signals in neurodegenerative diseases, on the application of Machine Learning tools to Melanoma and  other biomedical data, on the study and simulations of large molecules  of biological interest. Recent activities include: 1) Application of equilibrium and  non-equilibrium simulations to the investigation of systems of  biomedical and technological relevance. In particular, we studied the  aggregation propensity of the human aquaporin 4 (hAQP4) and the  permeation properties of drugs through the cell membrane as well as on  the related problem of modelling the membrane/water interface. On the  more applicative we investigated the application of conjugated polymers  in the fabrication of organic thin film transistors. 2) Study of the  brain functional connectivity, by network theory, in neurodegenerative  diseases. 3) Study of the structure-function relation in the healthy human brain, and corresponding parcellation of the brain. 4) Diagnostic  and prediction of the outcome of treatment in the melanoma cancer, using  Big Data analysis on complex biomedical data. 5) Study of the  heart-brain interaction by information theory tools.

FIELDTURB – Fields and particles in turbulence and complex fluids

The research activity is generally focussed on the statistical mechanics of fluids in out-of-equilibrium conditions and with complex features. The main topics are currently: non-equilibrium statistical mechanics and the dynamics of complex fluids and active matter. We studied the general behavior of fluctuations in field models for quenching processes finding singular behavior for large deviations functions. The collective behavior of systems of active particle has been analyzed in the context of a Langevin approach together with the analysis of diffusion, effective temperature, and velocity fluctuation properties.
Phase separation of liquid-vapor systems have been analyzed by Lattice Boltzmann Methods and we obtained preliminary results for cavitation induced by flow in geometries with restriction. In the near future we shall consider the dynamical behavior of tracers coupled to active matter studying the dependence of their diffusion properties on the size and concentration of the active suspension. The tracer effective temperature will be also analyzed and compared with that coming from the fluctuation-dissipation relation of the system without tracers. The existence and the properties of large deviation functions in a system of active dumbbells will be studied considering the velocity and entropy production behavior. Lattice Boltzmann Methods will be applied to study cavitation induced by flow in geometries with restrictions and with walls having different wetting properties. The behavior of topological defects in cholesteric liquid crystal droplets in a homogeneous background will by studied by hybrid LBM.